Facebook Marketing can be a key driver of footfall for retail businesses. Guess How Much! is a brand new entrant into the discount retail sector. They have positioned themselves as a great value retailer that excels at customer service, rather than just the very cheapest store, an area they have identified as missing from the market.

Starting in June 2016 in a 6 month period they opened stores in Sheffield, Doncaster, Cardiff, Hinckley, Isle of Sheppey and Walkden.

Be the Local (Social) Shopkeeper

Prior to launch, GHM! carried out consumer research to discern how their store should position itself. Part of this enquired as to which social networks shoppers used and how they would like to be treated by brands using this medium.

Their researched showed Facebook is the preferred social media channel for their mainly female shoppers. Many mentioned that they actively followed and liked favourite brands and loved to interact. The respondents said they were disappointed with the level of engagement they received and would welcome a more local approach.

GHM! decided that as a new brand, with no history, they needed an approach to Facebook community building which would position them as The Local Shopkeeper.

They would have a Facebook page for each of their local stores as they opened. Pages would not be over promotional but reflect the interests of the local community Content would be driven by the colleagues in each store. The content would make the teams approachable and fun.

The Marketing Optimist was appointed to handle the community building side of the GHM! community engagement on Facebook.

Prior to the launch of the first store in Hinckley near Leicester, we gave advice on the best way to construct, centrally manage and gain followers for local stores as they opened around the UK.

The internal management at each store were to be given control over the pages, with oversight from Head office and the Marketing Optimist. The individual teams had varying degrees of experience running Facebook pages, ranging from experienced users to those who didn’t often use the internet and didn’t have a Facebook account of their own.

To ensure that the store management for the first stores had a good handle on how to use their Facebook pages to best effect, we created a training module for them which we delivered in a one-day seminar.

The training focused on the social aspects of Facebook including what should be considered the correct etiquette for the site, which we summarised as the Dinner Party Rules:

While this might not make for the most exciting night’s entertainment these rules give a very clear guide to what is and isn’t acceptable to post and share.

As part of the training we showed how best to search for an engage with local community groups and leaders, to ensure that pages didn’t have a corporate top down feel. The day also involved some hands on how to create Facebook content sessions which threw up some very interesting ideas indeed!

The stores had a staggered launch, with the first two – Hinckley and Isle of Sheppey – opening in June, followed by Kilner Way in Sheffield and Walkden in Manchester.

A month or so prior to openings, Facebook pages were created by the marketing team at GHM! and accounts created for local management to avoid them having to use personal accounts. At this point we worked with the teams to build up a following by posting content as each store takes shape, sharing that with the local community and building up followers organically.

Following the brief of not being too commercial but creating a feel of the local shop keeper, posts to pages included the fitting of the store, short montages of the staff at work, links to local stories and groups.

By reaching out to the community GHM! has built strong ties, which separate them from other brands who have gone for a central approach to handling Facebook engagement.

The first store opened in June 2016, the first 4 stores have already had over 100,000 customers through the door and sales through the tills are exceeding expectations.

As part of the launch promotion GHM! used traditional print advertising including press ads and targeted door drops in addition to the Facebook community building.

Research carried out internally showed that customers had little or no recollection of the print campaign but had seen the Facebook coverage. This finding has replicated itself across all the current stores.

The company have an ambitious plan for new stores to open through 2017 and beyond and see the use of Facebook as a key tool to driving footfall into stores. 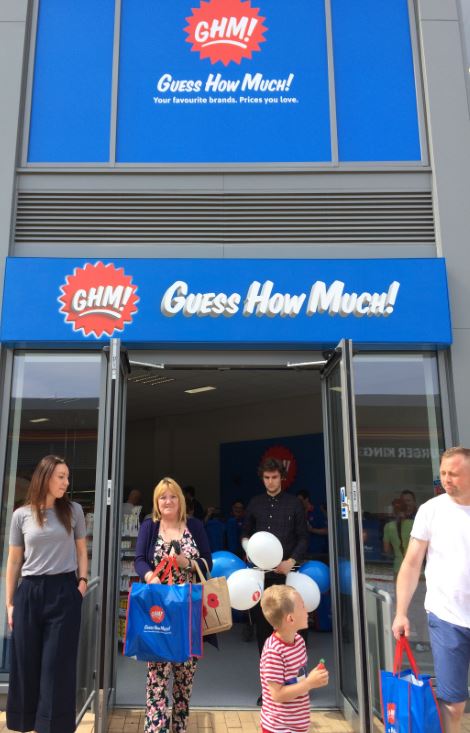 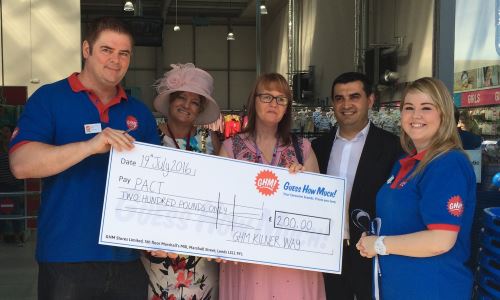 We’ll help you turn your marketing spend into sales revenue

There are so many things to consider when putting a marketing strategy together, that most SME owners just don’t have the time to do it themselves or budget to employ someone full-time.